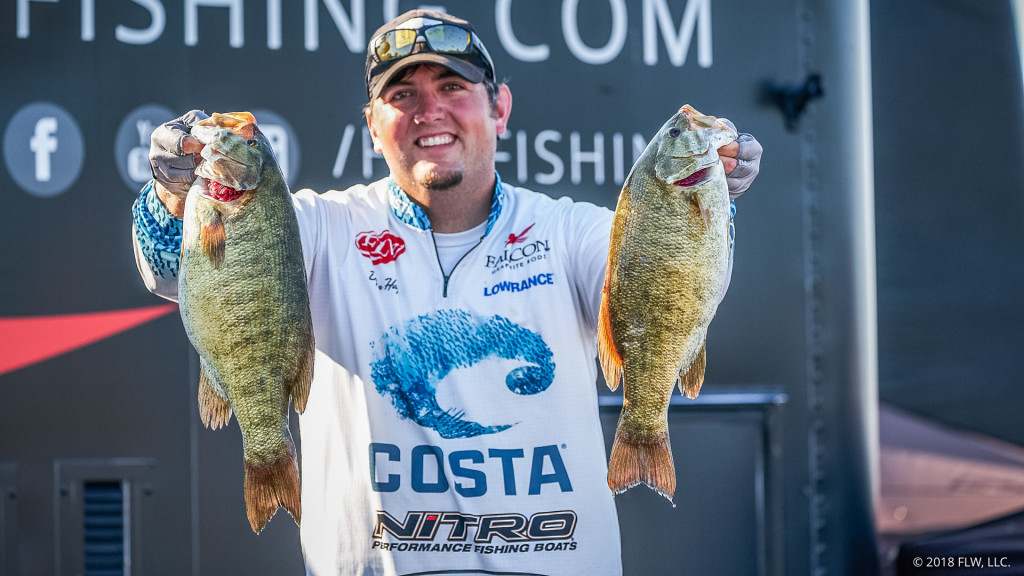 After coming off the weigh-in stage, Hays turned to his co-angler and simply said, “What just happened in our boat today?”

What happened was probably the best day of smallmouth fishing he may ever have in his life, and amazingly, he was done fishing by 10:30 a.m. with a staggering 26 pounds, 7 ounces in his livewell.

“We don’t fish for smallmouth in Arkansas,” Hays says. “So yesterday was my best day of smallie fishing ever, with my biggest, too. Well, now today is the best for both. I doubt I’ll ever top it.”

Anchoring his giant bag was a 6-8 kicker, and if you can believe it, he lost one even bigger.

Also unbelievable is that he’s sharing his spot with Brad Knight, who is sitting in sixth.

“We’ve really been working together, trying to fish our own sections of it without burning up the area,” says Hays of the stretch on the southern Canadian side. “It’s a half-mile area, but I don’t think either of us even fished 200 yards of it today before we both left. I don’t think we’ve even scratched the surface of what that place can produce.”

As for techniques, Hays says there’s no special bait.

“The fish are big, aggressive and hungry,” he says. “They’ll eat anything you throw out there.”