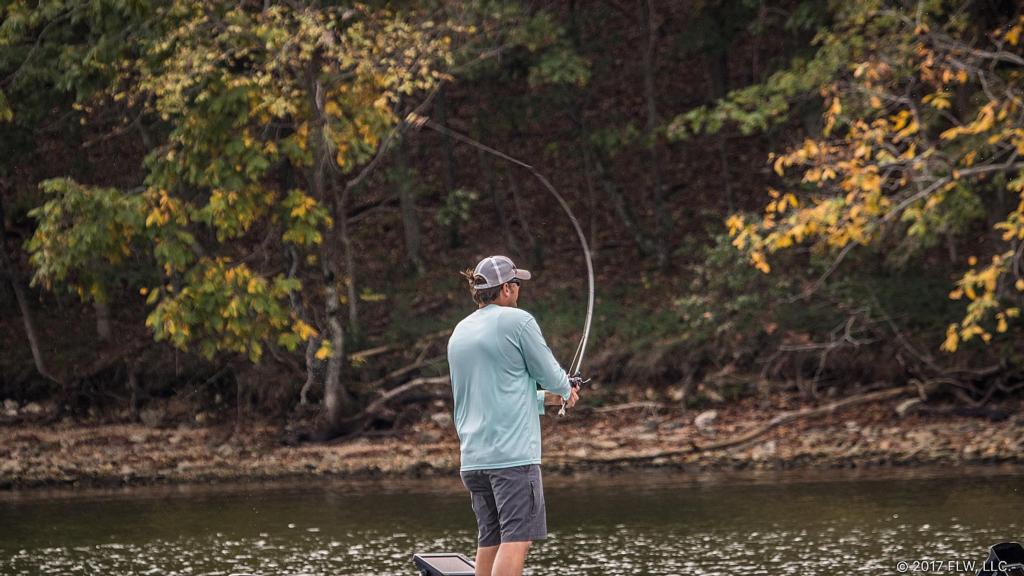 4. Hays rises by the day

Dylan Hays has put together an impressive 2017, finishing 12th in the standings in the Southwestern Division and 10th in the Northern Division of the Costa FLW Series. He capped the regular season off with his second top 10 of the year, to go with a third place showing in the FLW Tour event at Lake Travis.

Hays tapped into both the brush bite and the topwater bite to weigh 45-7 on the week.

“The first day I caught one on a buzzbait and then I fished brush piles the rest of the day,” says Hays. “The second day I couldn’t get a topwater bite going at all, I actually caught one flipping a dock, and then I caught the rest out of brush. Today I had an epic morning right off the bat and caught four keepers in 10 minutes on a buzzbait.”

Unfortunately, that epic morning fizzled a bit, and Hays was only able to scratch up one more keeper from his brush the rest of the day.

Fishing mostly mid-lake and in the Glaize Arm, Hays found the brush he targeted in practice and says that most of it was 15-to-20 feet deep.